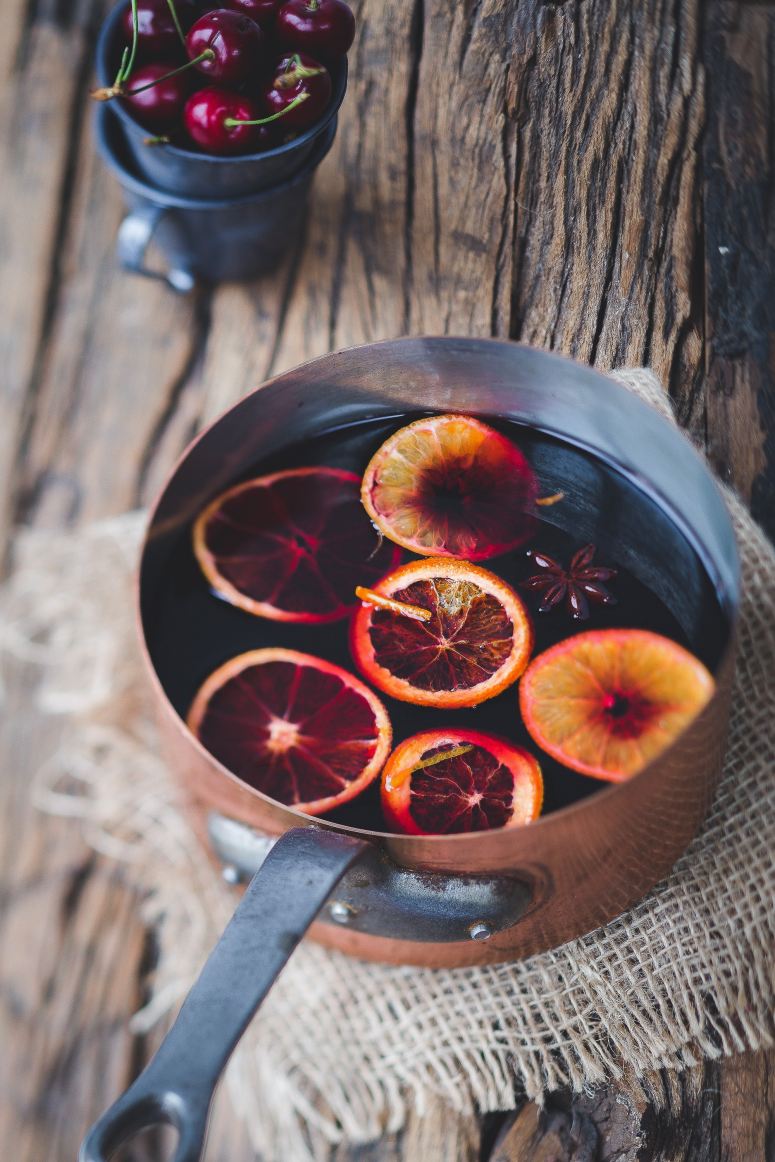 I don’t care if it’s 85 degrees out (yeah, yeah, I live in Texas), it is officially autumn to me – I’m not even going to wait for the equinox!

I was home all day today, so I threw a few things into a pot on my stove, and it didn’t take long until my home smelled like….fall!

Here’s what I did:

I took an orange, an apple, and just hacked them up – I don’t try to be neat about it – it all goes in.* Then I added a couple of cinnamon sticks, a few shakes of ground nutmeg, a big ol’ splash of vanilla extract, and about…oh, I’d guess 2 cups of water – and put it all in a medium-sized saucepan on my stove.

I let it get pretty hot (not boiling!) then turned it down to a simmer. I kept it going all day and just added a bit more water to it when it started to evaporate.

My home smelled heavenly! The only downside is that everyone thought I was baking something scrumptious for them. Ah well, that’s for another day.

I do this all the time during the fall and during the holiday season – just changing up this-n-that depending on what I have on hand.

If you’re in a Christmas-y mood (don’t worry, I’m not there yet, but I’m one of those obnoxious early start types) – you can’t go wrong with any mixture including:

Gosh, why am I hungry all of a sudden?!

*this is why I use a stock photo, because mine is not pretty like this

(H/T to Hannah Pemberton on Unsplash)

Family vacation in the beautiful Texas Hill Country ❤
SO EXCITED! I got a goldmine of classic Judith McNaught novels from eBay. She was my favorite Regency romance author back in the day!
Published in 1959 - I can't get enough of these treasures ❤
My newest vintage cookbook! 😍
Wisdom from the tag attached to my Earl Grey tea
If you love handwritten letters and happy mail, you've got to get this book by Michelle Mackintosh! 😍
Loading Comments...